Contemporary Practice in Infertility, our conference title “comes as part of the Saudi Fertility Group’s (SFG) responsibility to continue to interact with the healthcare community to deliver an accurate health information by providing an up-to-date knowledge and development in the field of Reproductive Medicine with regards to Fertility Treatment and Technology.
It gives me a great pleasure to welcome you all to the 10th Annual Conference of Saudi Fertility Group (SFG) and Saudi Society of Obstetrics and Gynecology (SSOG) to continue the learning process and keep the wheel of CME and active research running for progress in the field of Reproductive Medicine.
Thereby, the Saudi Fertility Group (SFG) will continue that pathway by conducting the 10th Annual Conference at Marriott Hotel in Riyadh, Saudi Arabia.
This is an opportunity to share the latest updates, expertise and knowledge for all those who are interested and already practicing the Reproductive Medicine here and abroad.
Finally, I thank all the Speakers, Chairpersons and Sponsoring Companies for participating in this annual event.  I wish you all an enjoyable experience.
Best Regards,
Dr. Hamad Al-Sufyan [FRCOG] President of Saudi Fertility Group (SFG)

Lecture -2
09:40 - 10:20
Dr. Fahad AlMashat, Saudi Arabia
Controversy in Sperm DNA Fragmentation
Abstract: Sperm DNA INTEGRITY IS CRUCIAL OR FERTILIZATION AND DEVELOPMENTAL OF HEALTHY OFFSPRINGS. SPERM DFI AFFECTS BOTH NATURAL AND ASSISTED REPRODUCTION. An increasing number of reports have emphasized the importance and direct relationship between sperm DNA damage and male infertility. The talk will discuss the role of DFI  testing in the clinical setting as well as the controversies that surround it.

Lecture -3
10:20 - 10:50
Dr. Luciano Nardo, UK
Role of LH in ovarian stimulation
Despite advances in assisted reproductive technologies, poor ovarian response to controlled stimulation is regarded as one of the most clinically challenging matters and limiting factors to the success of treatment. The number of mature oocytes yielded after stimulation has been linked with the probability of live birth. Whilst women can be regarded as having poor, normal and high ovarian reserve based on the results of routinely available markers, the definition of response to stimulation follows always a cycle of hormone treatment using exogenous gonadotrophins, administered as single compound or in combination. The reason for hypo-responsiveness to stimulation however are not entirely understood in some cases, and speculations on the polymorphisms of gonadotrophins and their receptors as well as on the need for additional LH have been made. Concerning the latter, the use of recombinant LH supplementation in selected groups of poor responders has been advocated on the established knowledge that LH activity is central to the pathways of folliculogenesis and follicular growth. Defining the patient population who is more likely to benefit from LH supplementation as well as the dose and the time of exogenous LH administration during the cycle of controlled ovarian stimulation are important determining factors for minimising the risk of repeated poor response.Dr.

Lecture -4
10:50 - 11:30
Dr. Saad Alshehri, Saudi Arabia
Automated Semen Analysis update
Semen analysis remains one of the golden standards to establish a diagnosis for every couple seeking help through fertility treatment journey. Computer-aided sperm analysis (CASA) systems are best used for the kinematic analysis of spermatozoa, as they can detect and analyze motile cells. Estimates of percentage motility may be unreliable, as they depend on determining the number of immotile spermatozoa, and debris may be confused with immotile spermatozoa. Many factors affect the performance of CASA instruments, e.g. sample preparation, frame rate, sperm concentration and counting-chamber depth. Nevertheless, reliable and reproducible results can be obtained if appropriate procedures are followed. Guidelines on the use of CASA should be consulted, and all members of staff should be trained properly in both the use of CASA equipment and the strengths and weaknesses of the technology. In using CASA to obtain movement parameters, the tracks of at least 200 motile spermatozoa per specimen should be analyzed. This implies that many more spermatozoa will need to be detected. If the spermatozoa are to be categorized by type of motion, or if other analyses of variability within a specimen are planned, the tracks of at least 200, and if possible 400, motile spermatozoa will be needed. The CASA instrument should be linked to computer software that permits data organization and statistical analysis. The distributions of many of the movement parameters are not Gaussian; the median, rather than the mean, is therefore more appropriate as a summary of the central tendency of each variable. The measurements on single spermatozoa may need to be mathematically transformed before certain statistical analyses are done.
-    Review WHO 6th guidelines on automated semen analysis
-    Using CASA to assess sperm motility, morphology and hyperactivation
-    Computational and technological advances
-    Analysis facilitation and digitalization
-    Highlights, challenges and recommendations

Sission-2
Lecture -5
13:30 –14:10
Dr. Ghadah Ghourab, Saudi Arabia
Endometrial Receptivity Array [ERA]
Human implantation is a complex process that requires a synchronous dialog between a healthy embryo and a receptive endometrium. Aneuploid embryos which lack developmental competence account for the most common cause of implantation failure. However, even euploid, morphologically normal blastocysts fail to implant in about 1/3 of transfers. Failure of a euploid embryo to implant may suggest a non-embryonic source of implantation failure, and endometrial receptivity maybe a potential cause for this.
The ERA test was developed as a means of personalizing embryo transfer timing, particularly in cases of repeated implantation failure.
The aim of this presentation is to discuss the pros, cons and clinical utility of the ERA test and to present results and outcomes after performing the ERA test for a cohort of patients in Thuriah Medical Center.

Lecture -6
14:10 –14:50
Dr. Inaki Foruria, Dexeus, Spain
How can we increase live birth rates in frozen-embryo transfers?
The role of individualized luteal phase support
Ovarian stimulation has become an essential part of most IVF cycles performed worldwide. It is commonly accepted that ovarian stimulation will increase cumulative live birth rates as more eggs will be available in a single cycle. However, nowadays there is still a large controversy regarding which is the best stimulation protocol, and which is the gonadotropin that gives better reproductive outcomes.
The aim of this lecture is to disentangle this enigma and to provide good quality evidence about the advantages of using HP-hMG in ovarian stimulation for IVF.

Sission-3
Lecture -8
16:00 - 16:40
The Current Management of Ovarian Endometriomas Associated with Infertility
Dr. Inaki Foruria, Dexeus, Spain
Endometriosis is one of the leading causes of infertility worldwide. It has been estimated that more than 175 M women are suffering this disease, many of them without even knowing it. Ovarian endometriomas are one of the most common phenotypes of endometriosis, and are frequently associated with other forms of the disease. Quite frequently, the infertile patient with endometriosis will present ovarian endometriomas, and the management of this particular entity is not always performed according to evidence-based medicine. The aim of this lecture is to give important information about the impact of the endometrioma on fertility, and to provide the audience with the current accepted standard of care for these patients.

Lecture -9
16:40 –17:20
Dr. Luciano Nardo, Italy
Luteal phase support and endometrial receptivity
Window of implantation displacement is one of the causes of embryo implantation failure. Therefore, accurate prediction of the time when to carry out the embryo transfer is extraordinarily important to personalise the cycle and maximise the chances of successful implantation. Adequate exposure to either endogenous (ie, in natural cycles) or exogenous steroids (ie, in hormonally controlled cycles) is likely to influence the synchronous development of the endometrium and mark the time when to transfer the embryo. Nevertheless, despite extensive research and numerous publications, quality of evidence is relatively low and recommendations are somewhat inconsistent. Progesterone represents the preferential compound for luteal phase supplementation, but there is ongoing debate as to when to start, which is the best route of administration, dosage and duration, and whether there is a place for additional agents. The preference by some physicians to carry out a mock cycle to assess the endometrial receptiveness following exposure to oestrogen and progesterone is an emerging practice, especially in light of the availability of transcriptomic biomarkers to predict the window of implantation. 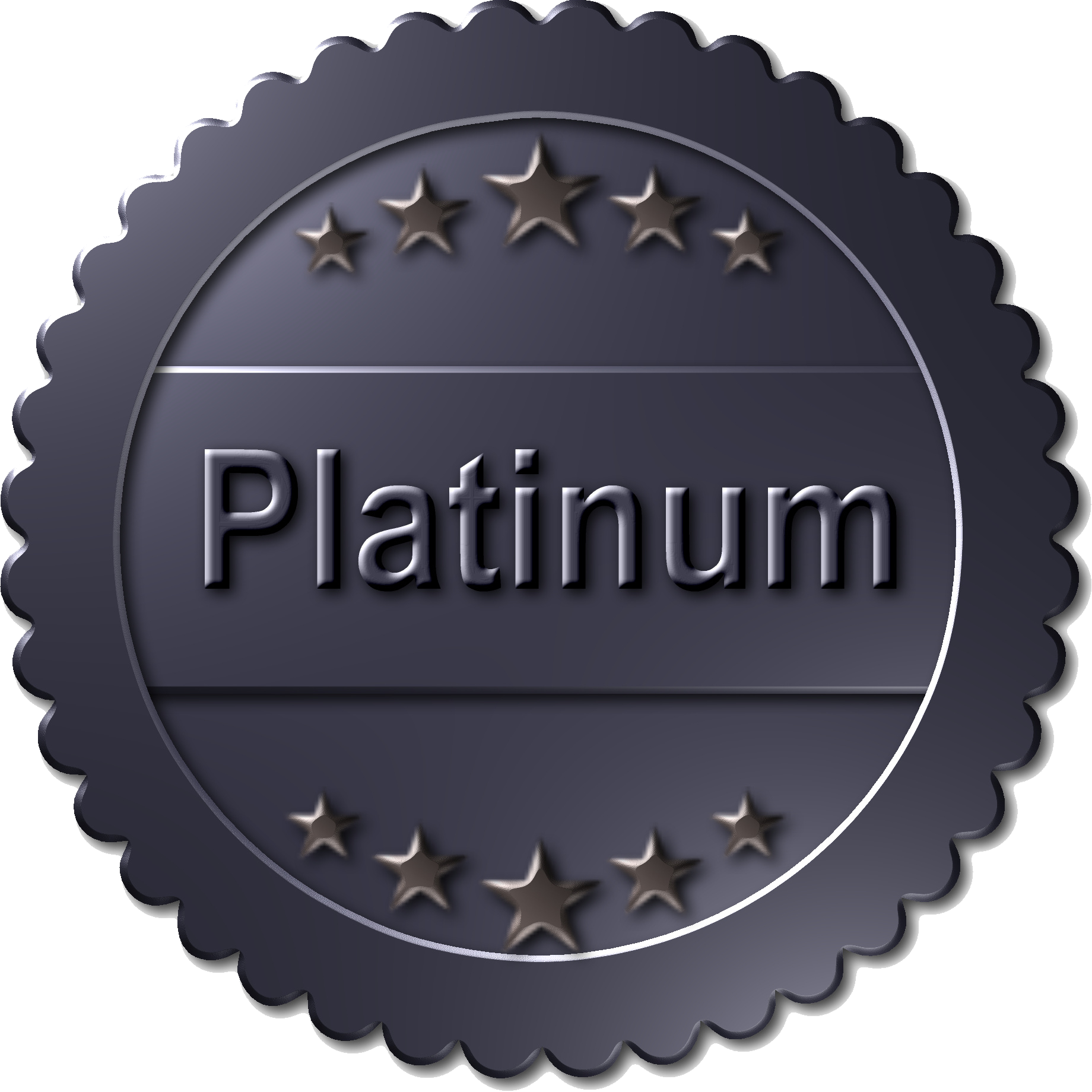 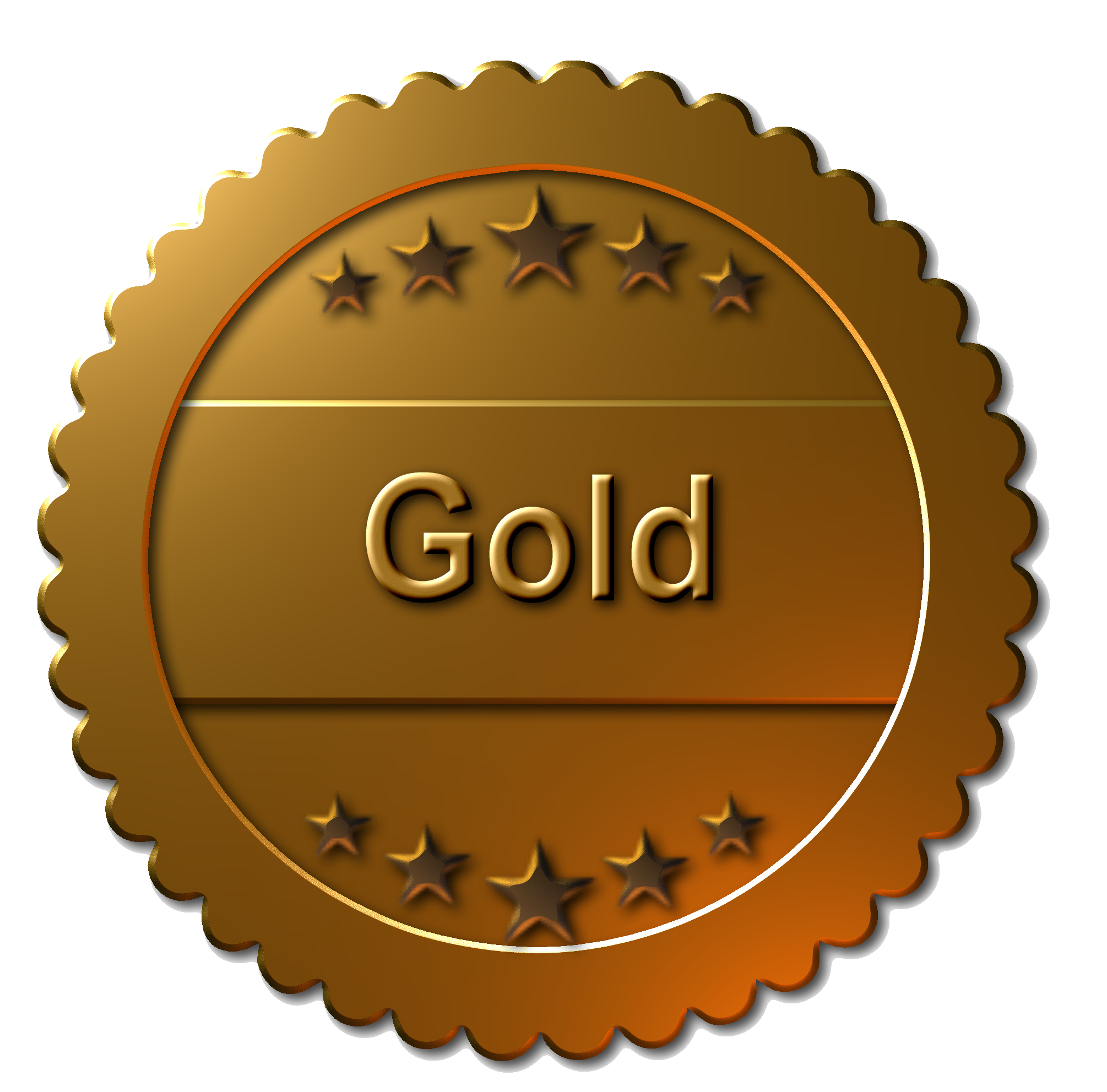 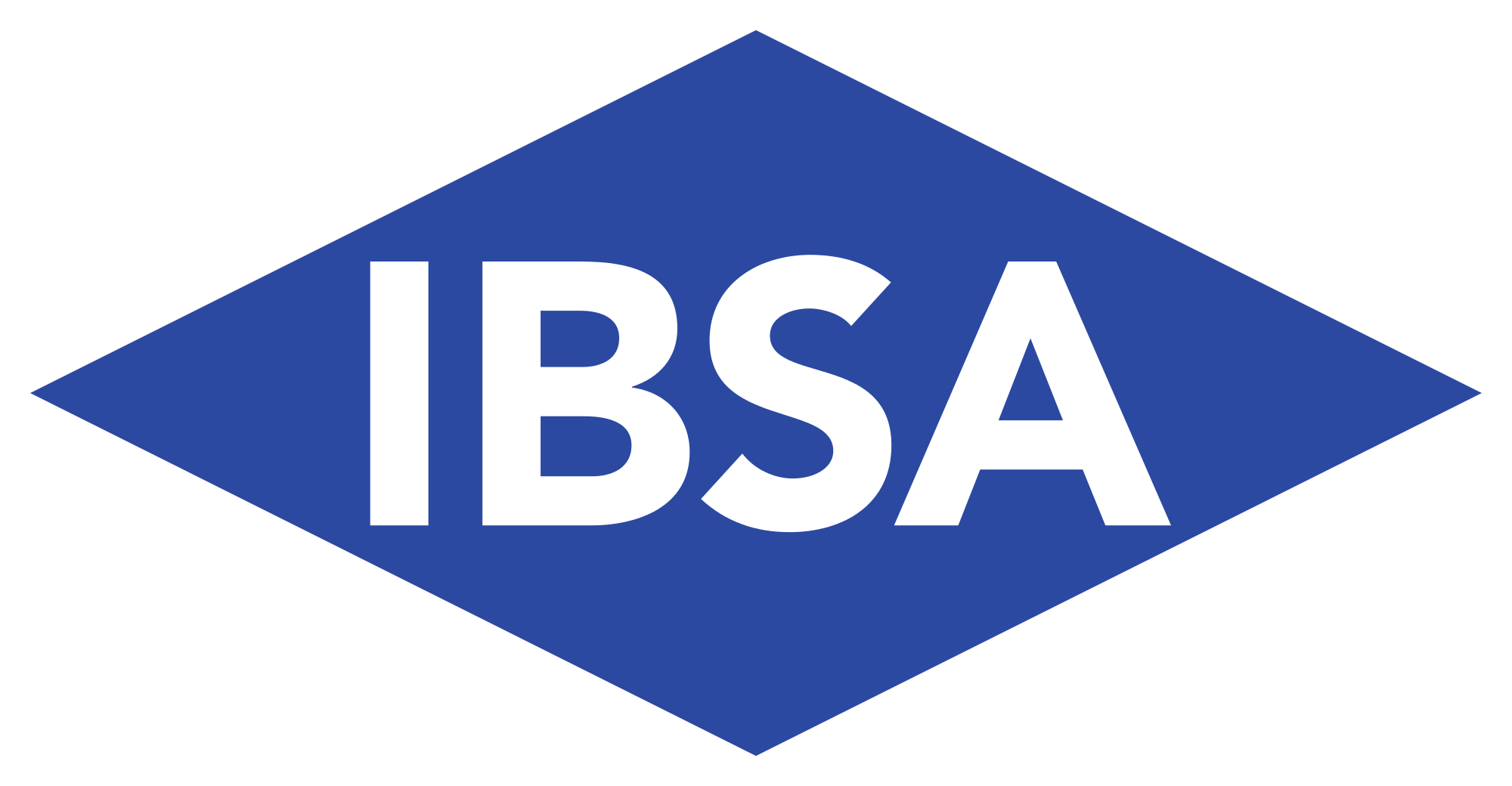 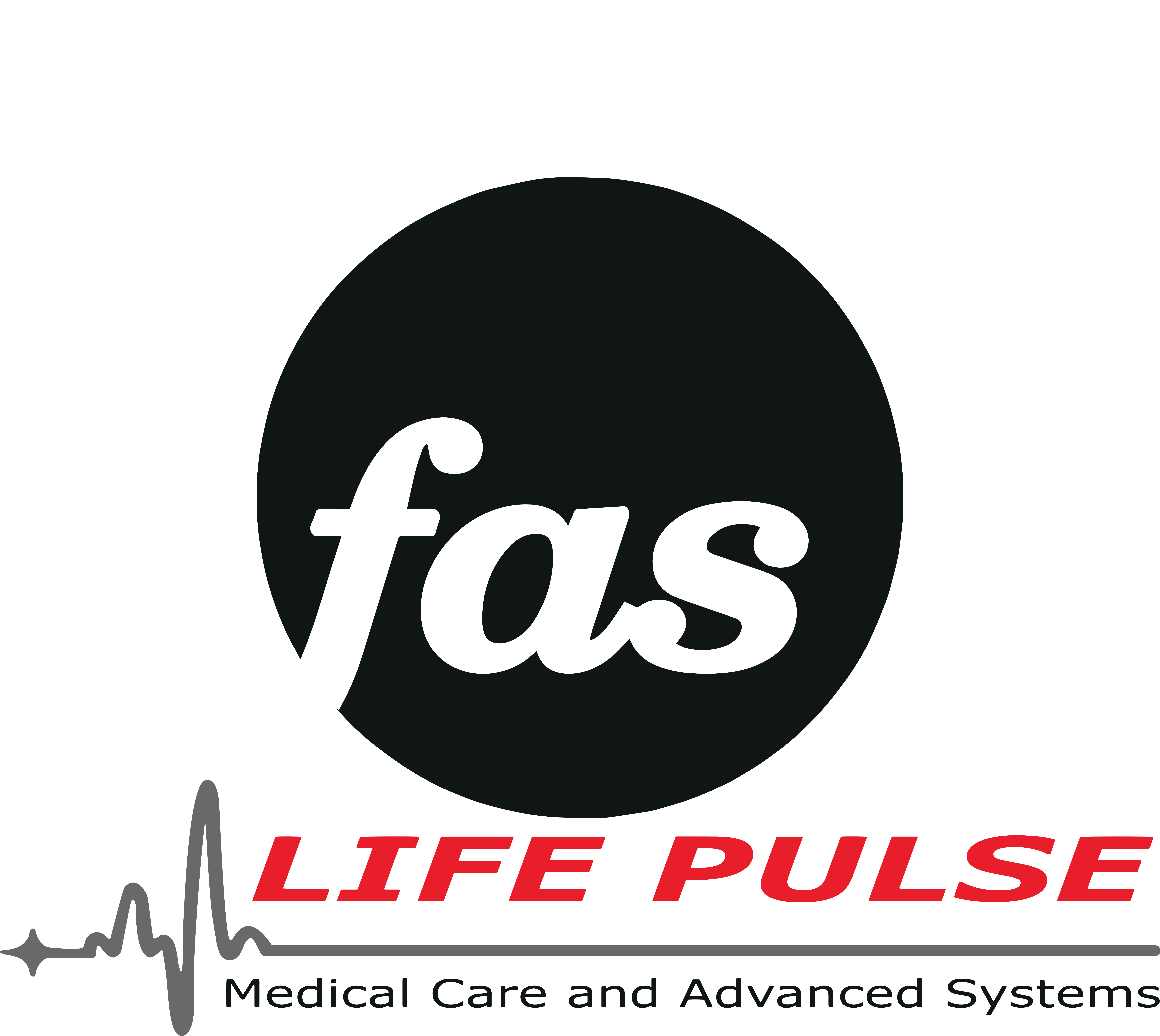 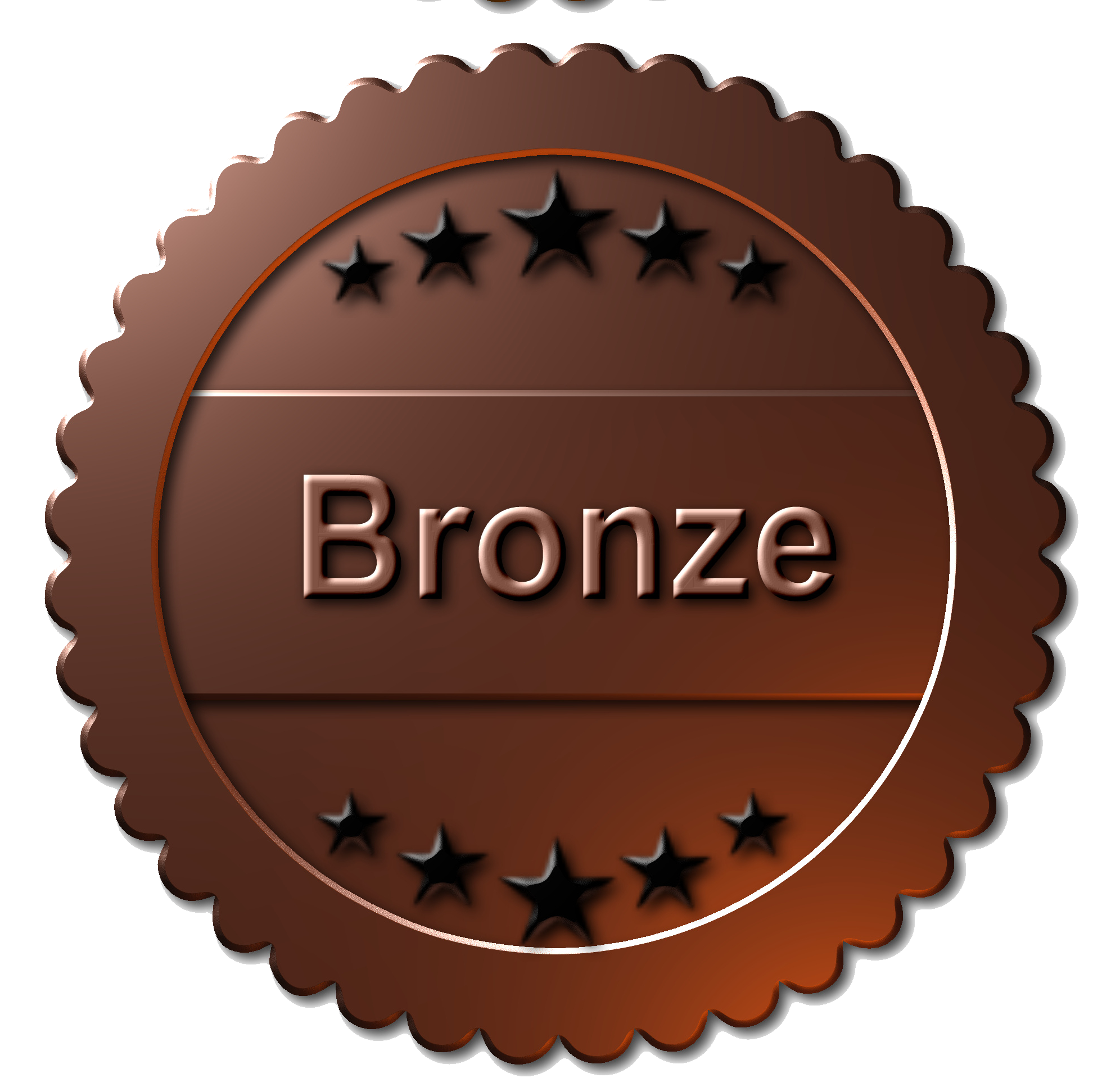